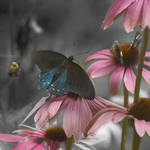 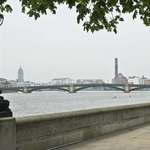 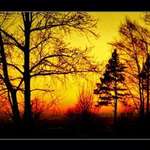 A Mill has stood on this site since 1664 and believed to have been built of wood.
The present mill was built in 1793 by William Porter of Newport, a self-made man who could not read nor write. Yarmouth Mill was his last venture as the bank which financed him, took fright at the extent of his empire and withdrew its support.
Steam power was introduced at a later date, certainly by 1845 to supplement the weaker tides. The remains of the old brick chimney can be seen in this image at the north-east corner of the building.

BRIANPADDOCK - Jan 08, 2009 05:03 AM EDT
great shot Chriss,we are lucky to have so many old buildings of historical interest. Well done

GRUMPY - Jan 06, 2009 03:18 PM EDT
Hi chriss35 nice photo nice sky intresting info one building only one thing i would do and i hope you dont mind me saying .... just clone the black thing in sky this would also be a great jigsaw too mike

bubbalinn - Jan 03, 2009 05:14 PM EDT
Beautiful Photo Chriss!! The swans and ducks really add to the view, It looks like they figured you had some food LOL.. Great photo and reflections of the mill in the water.

Jas - Jan 03, 2009 02:11 PM EDT
You've captured the mill really well, Chriss. Lovely reflections in the water and I like how you captured the swans and ducks too. Very interesting information on the mill. :)