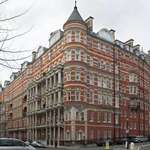 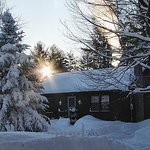 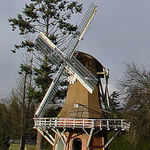 Windsor Castle is the official residence of Her Majesty The Queen and the largest occupied castle in the world, and the oldest in continuous occupation (over 900 years).
Windsor Castle was first built by William the Conqueror, following his invasion of England in 1066. The original structure was built from timber with earth fortifications.
The Castle was later rebuilt in stone, and grew in importance over the years, HenryII constructed the Round Tower and the original stone outer walls.
Following the English Civil War, the Castle's Primary role became that of a Royal Palace.

A.Lovely - Jan 10, 2009 02:19 PM EDT
Now this "is" a home of sorts. It's a wonderful capture of the castle, Chris. The information is very interesting. Have you had the opportunity to take a tour at Windsor, Chris?