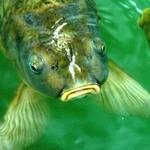 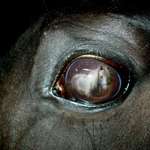 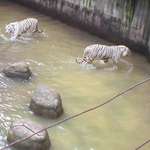 This picture of Tower Bridge was taken from the Tower of London. As I was taking the shot, I noticed that the bridge was opening up to let a sail boat pass through; it's sails and mast being too tall to go under the bridge when closed.

Tower Bridge is a combined bascule and suspension bridge in London, England, over the River Thames.
Construction started in 1886 and took eight years with five major contractors.
The bridge was officially opened on 30 June 1894 by The Prince of Wales (the future King Edward VII), and his wife, The Princess of Wales (Alexandra of Denmark).

Jas - Aug 12, 2008 06:26 PM EDT
Thanks for your comment Alan. Glad you enjoyed the info' that goes with this picture. I think this bridge is one of the most interesting to view. :)

bubbalinn - Aug 05, 2008 01:32 PM EDT
Wonderful photos of the Tower Bridge. Thanks for all of the information, I enjoyed reading about the bridge. I like the smaller photo with it opening for the sail boat. From the clouds and flags it looks like plenty of wind for sailing.