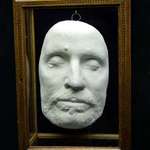 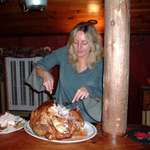 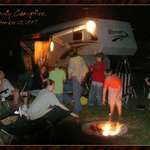 Long before this photo was taken, I took classical guitar lessons from a German refugee who, with his family had escaped from the Russian sector of East Berlin. He was fluent in five languages and played classical guitar beautifully. Sometimes he and his father would entertain me with a guitar / mandolin duet. The mother always had a delicious snack, that she had just finished cooking, laid out for us when my lesson was done. All this for just $5.00 per lesson. Even then, that wasn't very much for what I was getting.

I got to the point where I could play a few pieces by people with names like Fernando Sor and Antonio Carulli. Incredibly beautiful music. I had a Goya guitar, which is one of the best classical guitars.

All this ended shortly after I married the first time. She had two children from a first marriage and we soon had twin boys. Many things had to change, including my skiing days and my music lessons. I did manage to hold onto the guitar for some time, but finally sold it. The guitar in the photo was a much cheaper version which I bought some years later. By then, I could not play very well and my fingers were starting to get arthritic. So, I gave that up. BUT, I bought a keyboard and learned to play it, mostly on my own. So now, I play my wonderful Korg keyboard every day.
Comments