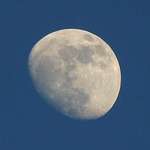 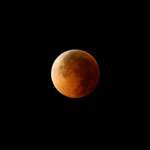 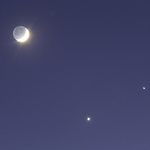 This render of Saturn was done in Bryce with a sphere, a flattened torus object, and a simple starfield sky. I used the texture maps provided at http://gw.marketingden.com/planets/saturn.html

The rings texture was rotated 90 degrees along the Z axis in the Material Labs Texture Editor.

Note: The rings are not the exact proportions to the real planet Saturn, but this was as close as I could make it without tweaking the torus in another program.

I adjusted the levels in Photoshop to eliminate the 'washed-out' look of the original render.

It's 1.429 billion km from the sun.
It takes 29.46 Earth years to revolve around the sun.
It takes 10 hours and 40 minutes for Saturn to rotate.
You would feel slightly lighter on Saturn because it's gravity is 0.93 times that of Earth.
Saturn has at least 30 moons.
The known moons are Pan, Atlas, Prometheus, Pandora, Epimetheus, Janus, Mimas, Enceladus, Tethys, Telesto, Calypso, Dion, Helene, Rhea, Titan, Hyperion, Iapetus, Phoebe, Kiviuq, Ijiraq, Paaliaq, Skadi, Albiorix, Erriapo, Siarnaq, Tarvos, Mundilfari, Suttung, Thrym, and Ymir. Whew, that's a lot of moons. How do they all orbit without crashing is what I'd like to know... By the way, Mundilfari, Suttung, and Thrym are the smallest at only 5.6 km in diameter.

Guest - Jul 12, 2005 12:45 PM EDT
You not only reproduced the planet but gave a lot of interesting information. This should be in a science class. It would make the class more interesting then many classes I have seen.