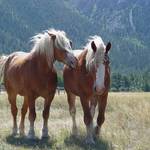 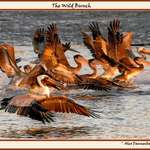 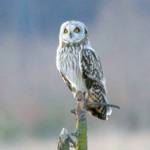 This is a photo of a Harbor Seal that had been injured and was recovering. I had to take this photo through a chain link fence, that is why it's right eye looks a little fuzzy.

Pups, weighing 12 to 20 pounds and measuring about two and a half feet are born in the spring. Unlike many other seal pups, harbor seals are able to swim from birth, although they are dependent on care and milk from the mother for three to six weeks before they venture out on their own. While tending their young, harbor seal mothers are very protective and will sometimes push the pup beneath the surface or carry it on her shoulders to avoid danger.

bubbalinn - Jul 28, 2009 01:44 PM EDT
Hi Beverly, Thanks so much for your nice comment. Sorry it took me a few years to answer :) I was posting a tip over at the forum today using this photo as a example and noticed your message.. At least by now that seal is all healed up, free, and happy again..