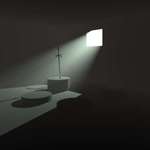 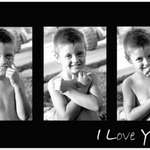 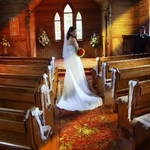 Oil on canvas one of five. Based on a girl on 'myspace' though many different influences are given example, including; hieroglyphic two dimensionality, poster art, geisha face paint, autumn shades, red wax seal; miniature ivory cameo design, coin faces, French curls and video/photographic software.
Strictly basic graphic representation , a patient work with thoughtful reluctant application of each element. The simple primitive form and tone blend well and ‘settle’ in to a room modestly non-imposing but with a subtle presence or familiarity
It represents a return to canvas after a long break in different creative directions including musical and visual software experimentation. Importantly, this is also the 1st attempt at photographing a canvas; It had to be in sunlight to represent the colour glow though it still blends well in screened light. It was a lesson I have never needed to study before as previous paintings were for personal interest and fun, later sold casually by private viewing at home and studio.
'Portrait of Christine' is another way of learning what to leave out and when to stop adding more. As an image in my home I sometimes feel it has an iconic presence. So much of the effect is difficult for me to represent in a photograph; I still don't know how to make it look like it is.