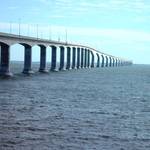 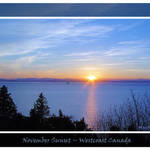 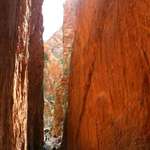 The Pontalba buildings (erected 1845-1856) are to the sides of Jackson Square. Some people debate weather or not these were the first apartment buildings but there is not a doubt that these buildings were a great accomplishment for a female entrepreneur, Baroness Pontalba. Note the initials in the grillwork as you pass the buildings. It is interesting that she kept both initials. Her husband was a French minister who tried to kill her. She escaped to New Orleans but was injured by the Minister. Before her apartments were there, the site occupied military barracks. The tall windows and taller ceilings were made especially for this climate since heat rises. The apartments were designed by the elder Gallier from a famous family of architects.
P.T. Barnum brought Jenny Lind, a famous singer, to visit New Orleans in 1851 and she was invited by the Baroness to stay at the apartments for free. Jenny Lind, the “Swedish Nightingale” sang to fourteen packed houses in New Orleans. Upon Lind’s departure, the Baroness auctioned the furniture where Lind had stayed. The auction brought $3,060.50.
Sherwood Anderson, a writer, rented part of these apartments to which he invited many other writers including William Faulkner, Somerset Maugham, Edna St. Vincent Millay, Katherine Ann Porter, Thornton Wilder, and Booth Tarkington. The Drawing Room Players who later started Le Petit Theatre De Vieux Carre rented the Lower Pontalba Buildings.

meanjean - Jan 13, 2010 11:35 PM EDT
Wonderful shot! I have visited New Orleans many times and love Jackson square and the history of the area. Thank you for sharing!!

azkul - Feb 11, 2009 12:26 AM EDT
That's some great information about these apartments. I like the fancy metal rails and overhanging plants.

Guest - May 29, 2006 09:20 AM EDT
Thanks!! The apartments are in the old section of New Orleans and therefore were left untouched. It is interesting that the people of long ago knew where to build and more recent homes were demolished. About 65 per cent of the homes in New Orleans are still inhabitable according to yesterday's report.

Guest - May 29, 2006 02:36 AM EDT
Beautiful shot, Dudley. The story is fascinating. I do hope Katrina has left Apartments untouched.

Guest - Apr 06, 2005 08:10 PM EDT
Thanks for the comments. By the way Vicki, this is Dudley on this one. I have no problem with you calling me Gary as long as Gary does not mind but I am Dudley.

Guest - Apr 03, 2005 12:02 PM EDT
I love this, Gary. Your information simply enhances and brings the photo into a more vivid perspective.

Guest - Apr 03, 2005 09:51 AM EDT
I love this photo Dud! And the story behind it is fascinating. I would LOVE to live in an apartment that was previously rented by Faulkner or Millay or Wilder.

Guest - Jan 29, 2005 04:17 AM EDT
Thanks. With some of my upcoming pictures, this will not be true. I have some pictures of birds I will upload when lens flare allows it. I do not know what type of birds they are.

Guest - Jan 29, 2005 03:33 AM EDT
You always have such a wealth of information about your photos that I enjoy the description as much as the photo. Thank you for educating us. I really like this shot!

Guest - Jan 21, 2005 03:41 AM EDT
oh, this is so beautiful. The spanish moss and other plants against the ornate grillwork (is that the right word) is striking.