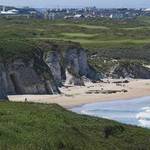 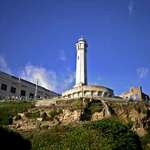 Two of the Mule Deer, which live in and around the South Rim of the Grand Canyon.

The mule deer, is a deer whose habitat is in the western half of North America. It gets its name from its large mule-like ears. They are very similar to Whitetails, but the most noticeable differences between whitetails and mule deer, are the colour of their tails and antlers. The mule deer's tail is black tipped. Mule deer antlers "fork" as they grow rather than branching from a single main beam (as with white-tails). Each year a buck's antlers start to grow in spring and are shed after mating season from mid-January to mid-April. Mule deer bucks have somewhat more prominent ears than females.