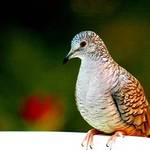 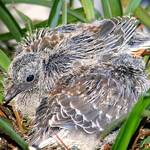 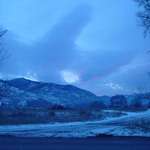 Taken from Hannahs Bay in Rotorua, looking out over Lake Rotorua toward Mokoia Island.
Mokoia is well known for the famous love story about Hinemoa and Tutanekai. Hinemoa was the daughter of the chief and Owhata who fell in love with Tutanekai from Mokoia, her whanau were against the lovers. Each night Tutanekai would play Hinemoa a lovers lament on his flute the sounds would float across the lake. Hnemoas tribe suspected what was about to happen and pulled the boats up on to the shore so that she could not paddle across, so she swum across the lake instead and to warm herself sunk into one of the hot pools on the island. During the night Tutanekais servant came down to get Tutanekai a drink of water, immagine his fright when the calabash was snatched from his hand and smashed. He ran back to Tutanekai and told him what had happened, angered Tutanekai went to the pool and asked for the person responsible to please come out. When Hinemoa stepped out all were happy