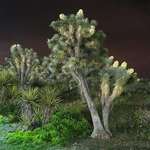 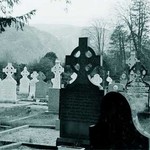 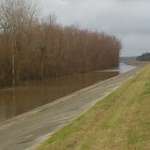 A combination of variables is symbolised in the creation of this photograph.

On a personal level, it was inspired by a painting done by my brother-in-law over thirty years ago. The image had haunted me. A photograph that I myself had more recently taken stimulated the same reaction. This reminded me of the continuity of basic feelings. Oxymoronically, the significant changes with time were equally striking. This photograph precisely aimed to express this theme.

This has been symbolised by the apparently simple repetitive event of a sunset! The daily occurrance the same, but never apparently so, or not internalised to memory as such. Thus, the basic objects in the picture remain, but elements such as, light, colours, shadows change.

The exact theme is expressed in the verse. Hence, the changing colours of the text aimed to symbolise seasons. Similarly, the movement of the text in the wind. All symbolise change. However, the end of each line reads into the next; it is the final line which does not move.

This indicates that the basics remain the same.