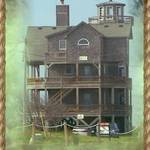 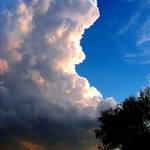 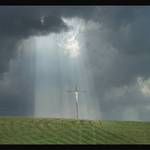 I'm very interested in architecture, especially old architecture, and as I recently visited London, thought it would be nice to post some historic, English, landmarks for you to see.
This is a view of the Houses Of Parliament, taken with Westminster Bridge and the Thames River, in the foreground. There are some boats on the river and these take tourists on cruises up and down the River Thames, giving commentary on all the points of interest along the way.
As you can see, by the skyline, heavy cloud provided the backdrop for this marvellous structure.

The Palace of Westminster, also known as the Houses of Parliament or Westminster Palace, in London, is where the two Houses of the Parliament of the United Kingdom (the House of Lords and the House of Commons) meet. The palace lies on the north bank of the River Thames in the London borough of the City of Westminster, close to other government buildings in Whitehall.
After a fire in 1834, the present Houses of Parliament were built over the next 30 years. They were the work of the architect Sir Charles Barry (1795–1860) and his assistant Augustus Welby Pugin (1812–52).

Jas - Aug 04, 2008 08:29 AM EDT
Thanks for your nice comment Mary. When I see buildings like this, it amazes me and makes me wonder just how many 'man hours', of skilled labour, were involved in creating such an intricate masterpiece such as this! :)

marysham - Aug 01, 2008 10:11 PM EDT
Beautiful architecture that you captured Jas. The buildings show up nicely against the moody sky and I like the font you used.