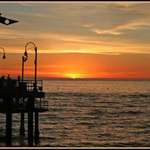 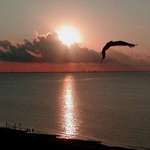 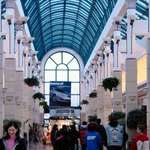 Gisborough Priory was founded in 1119 by Robert Bruce, 1st Lord of Annandale, an ancestor to the Scottish king Robert the Bruce. It lies in the town of Guisborough, now in the borough of Redcar and Cleveland and the ceremonial county of North Yorkshire, England. An Augustinian community, the priory was largely destroyed in the Dissolution of the Monasteries and the stones from it were used in other buildings in the town including Saint Nicholas' Anglican church. The east end was left standing with its large window forming a distinctive arch shape, a well-known landmark which is often used as a symbol of the town.

In the 18th century the arch formed a grand backdrop to magnificent gardens created by the Chaloner family on land south of the current Priory site. The Gisborough Priory Project, a local voluntary group, aims to restore these gardens (see external link).

The priory is now in the care of English Heritage; volunteers from the Gisborough Priory Project have maintained the long flower borders since July 2004.

Local legend has it that a ghost, known as the Black Monk (latter-day accounts often refer to him as the Black-Cowled Monk, to avoid confusion) haunts the site of the priory on the first new moon of each year.

Spelling note: The older spelling of Gisborough, without the "u", is still correct for a number of things in and around the town of Guisborough

i just flipped the colour