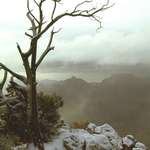 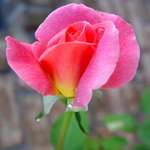 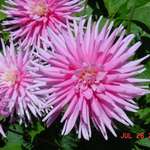 One of four, corner sentry boxes overlooks the original gates to the walled city of St Augustine, Florida. The sentry boxes were painted red when the Spanish built the Castillo de San Marcos beetween 1672 and 1695 in honor of the Spanish flag.

(This coquina-stone fort replaced the last of the nine wooden forts built over the previous century after Robert Searles and his band of cutthroats seized the city during a pirate attack in 1668.)

Originally a walled city, the gates are visible beyond the fort. A drawbridge was originally lowered every night and a covert from the fort extended to the city gate.

The land below the trees to the right of the gates are also noteworthy in this image. They protect the Hugenot cemetery which was hastily built outside the city walls when an outbreak of smallpox threatened to decimate the town.