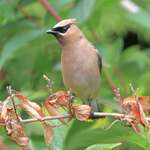 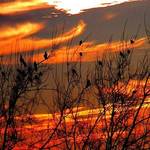 The Great Egret use to be called the American Egret, but that was hardly appropriate, since the species range extends beyond America and indeed farther than other herons.
Plume hunters in the late 1800s and early 1900s reduced North American populations by more than 95 percent. The population recovered after the birds were protected by law.
No population is considered threatened, but the species is vulnerable to the loss of wetlands.

This image was taken on Layton Key, Florida.

A.Lovely - May 20, 2008 10:25 AM EDT
What a great capture of this egret. Wonderful composition. I do believe this egret is posing for you Chriss.