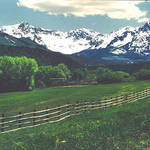 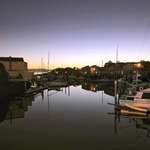 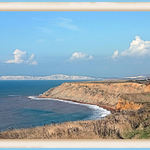 This photo shows the different colours in the rock formations of the Grand Canyon. The following is a little bit of information about the canyon, in general.

The Grand Canyon is a, colorful, steep-sided gorge carved by the Colorado River in the U.S. state of Arizona. It is largely contained within the Grand Canyon National Park — one of the first national parks in the United States.
The Canyon was largely unexplored until after the U.S. Civil War. In 1869, Major John Wesley Powell, made the first recorded journey through the canyon on the Colorado River.
Grand Canyon National Park is one of the world’s premier natural attractions, attracting about five million visitors per year.

Jas - May 29, 2008 10:04 AM EDT
Mary, thanks for the nice comments. Yes, it certainly is amazing that things can grow on the rock formations; they're really can't be that much soil there for the roots to attach themselves to??

marysham - May 28, 2008 11:03 AM EDT
Wonderful view of the immense rock formations. It's amazing that anything can grow out of the rocks. Awesome scene.

Jas - May 28, 2008 10:24 AM EDT
Yes, Alandra, the colours in the Grand Canyon are amazing! The lighting makes all the difference, I think, depending on what time of the day you are there, but each time I've been, I've come away with the same 'awesome' feeling! Thanks for your comments. :)

Jas - Apr 30, 2008 01:04 PM EDT
Thanks for looking in Precious. Yes, I've been there twice and would definitely like to go back again, as I still don't have enough shots of this wondrous place! If you have an opportunity, GO, you won't regret it. :)

IrisheaglesOne - Apr 30, 2008 12:44 PM EDT
My bf and I have been talking about a trip to the grand Canyon and I can see, by your picture, that there is much to photograph there. Wed be there forever!

Art57 - Mar 29, 2008 06:42 PM EDT
Great shot. It's amazing the different views and formations contained in that park. You could spend a lifetime there photographing it all.

Jas - Mar 29, 2008 09:17 AM EDT
Thank you, Brian and Alan, for looking at this photo. Yes, Brian, I guess they do look like a couple of toadstools perched on the top of the rock. Thanks for your comment Alan. Yes, I really liked the contrasting colours at this part of the canyon. I've been there twice now and would never tire of the amazing views and enormity of it all. :)

bubbalinn - Mar 28, 2008 06:18 PM EDT
Hi Jas, I don't know how I missed this photo taken just up the road from me.. Outstanding photo with great depth and colors showing it like it really is.

sgbrown - Jan 12, 2008 03:50 PM EDT
Stunning shot, Jas. And it's good to see a slightly different Grand Canyon shot. The contrast in rock colour between the two sides of the canyon is striking and beautifully caught in this image.

lorraine - Jan 11, 2008 11:05 PM EDT
Beautiful capture, My grandmother went there, from memory she also was very impressed with the size of the caynon. nothing even near like it here in NZ.