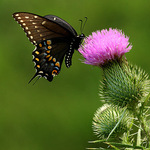 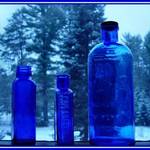 Statue of the Goddess of Compassion and Mercy, Quan Yin (Kuan Yin/Guan Yin) One of the most universally loved Deities in the Buddhist tradition. She is said to hear the cries of all Beings and is especially loved by women. She is the Patron of Mothers and Seamen. She is also loved by animals, who are often featured with her.

The dragon is the ancient symbol for high spirituality, wisdom, strength & divine power of transformation and it is a common motif found in combination with the Goddess of Mercy.
Contemplating the Goddess of Mercy involves little dogma or ritual. The simplicity of this gentle being and her standards tend to lead her devotees towards becoming more compassionate and loving themselves.
She is so utterly free from pride or vengeance that she remains reluctant to punish anyone, despite some to whom a severe lesson may be appropriate. this was partly from an essay by Bethleen Cole.