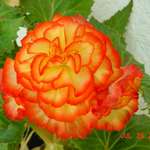 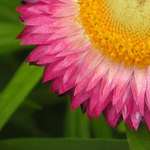 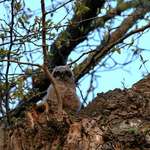 This doll is from a king cake. See king cake picture for explanation. Traditionally, the cake has a doll in it and whoever got the doll was king. The tradition has become whoever gets the doll gets to buy the next cake. It is round to represent the crown of the king. It is green, purple, and gold for various reasons. The first Rex costume was that color because it was a costume borrowed from a play that was in New Orleans. But the colors do have symbolism as well. Green is for faith. Purple is for justice and gold is for power. The colors influenced LSU's and Tulane's, the two predominant universities in Louisiana, school colors. The LSU Tigers are purple and gold. Tulane is the Green Wave.

miranda - Apr 09, 2012 03:51 AM EDT
Hello to all collectors, I Collectione the “king cake doll” or “feves”French and I would like to inform collectors of New Orleans to buy the “king cake doll” of new orleans. Buy or exchange. could you help me?? Thank you in advance for your response. My email: gmpzu@hotmail.fr Miranda-Gianfermi Pouzou PS please excuse my English, I translate thanks to “google translate” which is not always reliable