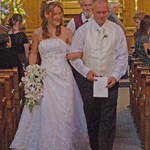 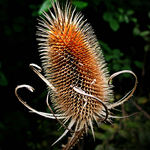 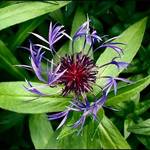 The D&H Canal corridor was once a thriving waterway where mules pulled barges filled with coal and other heavy goods from Honesdale,Pennsylvania to Kingston, New York's first capitol on the Hudson River.The 108 mile journey would take about 2 weeks - one way - as there were over 50 locks to pass through.

The canal was in operation from 1825 - 1898, when railroads proved to be faster, carried more freight and operated year-round. During the winter months when it wasn't feasable to transport by water, the locks and canal were drained and maintenance work was done - an arduous task in the cold weather.

Here, the remains of the Cuddeback Aqueduct gives a glimpse as to the width and depth of the former canal (originally 8' wide and 4' deep, but later widened for better manoeverability).

A young lad fishes happily below on the Neversink River. When the canals were active he would probably have spent hours either leading the horses or mules along the tow path or even taunting the canawlers. There was an ulterior reason for that - the boat people were often frustrated by youngsters antics, hanging onto the barges for a free tow when swimming. The canawlers would often throw coal at them to get them to let loose of the barges - which was exactly what the children wanted.

Coal was at a premium in those days, and the swimmers would dive for the coal and take it home to dry out. Many homes along the D & H Canal were heated in the long winter months by that welcome windfall.