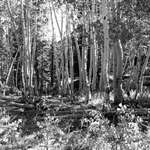 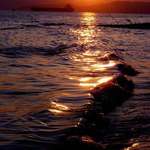 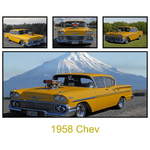 This is in New Orleans. Yes, that is Spanish moss hanging from those old oak trees. Spanish called it Frenchmen's wigs. French called the moss Spanish beards. It is interesting that the two rivals called the moss by each others names. Moss was used to stuff cars, furniture and other items. It is not used today. It is not a parasite as many people had thought. It is actually related to the pineapple.