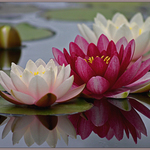 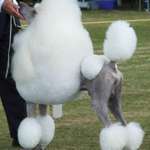 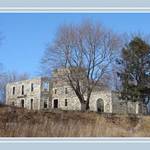 The ceiling and hanging chandeliers are beautiful in the Registry Room of the Ellis Island Immigration Station. Just think of the workmanship that went into putting all those tiles in place - and not once - but TWICE!

About 2 a.m. on July 30, 1916, about 500 immigrants and 125 Ellis Island employees were jolted awake by two separate explosions that were felt 90 miles away in Philadelphia. Every tile in this ceiling was dislodged and crashed to the floor.

A few hundred feet away, on the New Jersey Shore, not far from where I took the image of the cruise ship, saboteurs exploded railroad cars and 14 barges loaded with dynamite and munitions awaiting transfer to freighters in the bay.

WIth shells, bombs and bullets flying over their heads for hours, every window smashing, doors jamming inwards and roofs collapsing, the employees still managed to get everyone to the eastern end of the island where ferries awaited to take them to the Manhattan Barge Office and safety.

The saboteurs were never apprehended.

Guest - Sep 14, 2007 07:37 PM EDT
What a great shot,they did a fantastic job of putting it all back together.Its great to see where our tax dollars go.lol

Guest - Sep 13, 2007 06:28 PM EDT
Thank you both, Mary and Tania. I don't think anyone expected a 'history lesson' from a chandelier image! I didn't think I could crop out that hideous cord without harming the image, so let it stay. Vicki

Guest - Sep 13, 2007 04:20 PM EDT
What a bit of history information and the photo you took is beautiful. Lots of work went into installing the tile. Well done Vicki.