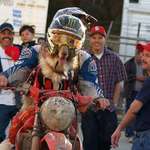 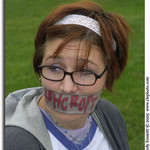 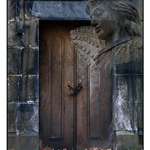 Beauregard Monument is located at the traffic circle at Esplanade Avenue and Wisner Blvd. There is at least one monument of a Confederate soldier in New Orleans that is better known then this one. It is of Robert E. Lee located at Lee Circle along St. Charles Ave. Doyle, the sculptor of the Robert E. Lee monument, was also the designer of this equestrian statue of P.G.T. Beauregard. The P.G.T. stands for Pierre Gustave Toussaint. As a lieutenant of engineers in the Mexican War Beauregard performed reconnaissance with Robert E. Lee and helped achieve victory at Cerro Gordo. Due to further action in the battles of Contreas, Churbusco, and Chapultepec, he was promoted to Major. Beauregard was later the Technical Superintendent of the Customhouse and had an unsuccessful bid for mayor in 1857. He also helped design Fort Jackson at the mouth of the Mississippi River. Unfortunately, General Barnard, Beauregard’s assistant in the project, left notes which Admiral Farragut, Union Admiral in charge of attacking the fort during the Civil War, read before the attack.
Beauregard was known as the Creole general and led the first Confederate battle during the Civil War, the war at Fort Sumter. He led the first successful attack at Bull Run. He also led the Confederate forces at Shiloh, Tennessee after Albert Sidney Johnson died. P.G.T. was one of the Confederacy’s four-star generals. Beauregard called for bells and other metal to be melted down and turned into cannons for the Confederacy.
In 1866, P.G.T. and friends leased the New Orleans and Carrolton Rail Road for twenty-five years. The New Orleans and Carrolton Railroad was the third oldest railroad in the United States and the first to use “canned steam”. The steam was pumped into the engine at each terminal that made the train quieter and without soot. P.G.T. started the New Orleans Car Traction Company, a short-lived transportation company, on March 29, 1870. He was also one of the heads of the Louisiana Lottery in 1872. P.G.T. and Confederate general Jubal Early were respectable fronts for the lottery that did donate money for the French Opera House, the New Orleans Charity Hospital, and other charities.
During the summer of 1873, the Reform Party, led by Beauregard and others who had fought for the Confederacy, brought forth a proposal for unification of the people with equal power sharing between whites and blacks with each race filling its quota for public office. Republicans rejected it because black owners did not trust former masters. Democrats rejected it because they felt equal rights for blacks were an absurdity. Beauregard wrote a pamphlet stating that political equality does not relate to private or social equality between blacks and whites.

where can i purchase viagra online fvtvvofbldFauroBtjSlegou

Guest - Jan 21, 2005 02:50 AM EDT
A nice memorial for a good man. It's so interesting to learn what the memorial is about because so little information is given at the actual site. A nicely framed picture.