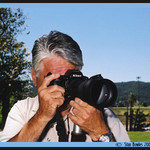 Azkul is a character I have written several short stories about. He is an orc warlord similar to the Urik-hai in Lord of the Rings. In fact, I believe the orc originated in the Hobbit and LOTR trilogy for I haven't heard of any reference to orcs before these books were published. Since then, however, orcs have been in almost every major sci-fi and fantasy story in one form or another. In Star Wars, there were orc-like creatures that were employed by Jabba the Hutt. One of which was eaten by the Rancor that Luke finally defeated. In Games Workshop's popular Warhammer and Warhammer 40k, the Ork army is a popular antagonist to the human Space Marine army. In Dungeons and Dragons, orcs are used as battle fodder and a common enemy for low-level characters to fight. Why? Because orcs are strong but dumb, and look like monsters so it's easy for 'good' characters to justify attacking them. They are also the main threat to the human armies in Blizzard's Warcraft, a popular computer game.

Azkul lives on a desert planet referred to as the Desert Realm. The goddess of life, For�t, and the god of war, Guere, created the desert Orcs. They rarely work together for their aims don't often overlap, however, another god, the god of the damned named Hu opened a rift from his realm to the desert. Denizens, called Shades, spewed through the rift and threatened to destroy the delicate balance of the planet. For�t and Guere created the orc race to keep these denizens at bay.

Azkul was the ruler of the most powerful orc kingdom, however, he left the kingdom on a quest to restore forests to the land. The quest was unsuccessful and when he returned, another orc had stepped in his place. The new king exiled Azkul and he has been wandering ever since.

During his quest, he acquired the crown of heroes, which bestows the powers of all of the kings that wore the crown before him. In fact, their souls remain in the crown until another king places the crown upon his head. When that happens, the souls are transferred into the body of the new king until he dies. At that point, all of the souls including the new king return to the crown. This crown granted Azkul above average intelligence and telekinetic abilities. Recently, he has met a human woman named Dare and has fallen for her. They were wandering the desert aimlessly until For�t visited them personally and told Azkul that he must reclaim the Kingdom. He is currently outside the kingdom and plotting a strategy to retake what is rightfully his.

Guest - Aug 12, 2004 09:55 PM EDT
The orc, holding a porcelain orchid, jumped off his porch onto his motorcycle, and forced his way through the orchard. Ok, so that doesn't make much sense until you look at how many times the word orc shows up in other words.