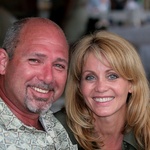 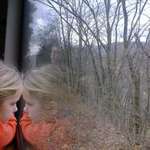 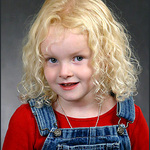 This is the 2005 San Francisco Bay to Breakers. It started as a 12K footrace back in 1912. Somewhere along the line, entrants began showing up in costume. After that it all hit the fan. Now many run/walk in some kind of costume. (Some in nothing at all, but their running shoes).

The race is a cross between a marathon and Mardi Gras. It is so crowded that most have to walk at least the first couple of miles.

I took a lot pictures and will be sharng them over the next month or so as I process them.

This photo was taken near the top of Hayes Hill, the highest point in the race. It shows a sea of people as they push up the hill, and provides a perspective of the race. The race drew 85,000 participants last year.

Guest - Jun 08, 2005 07:42 AM EDT
A nice shot. Especially with the smiley balloon in front. Also you can see it is a sportevenement by the guy with the starting number Ronald