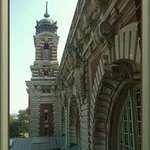 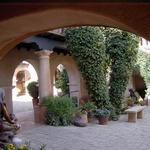 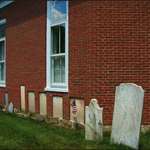 On our way to Everglade City, we came across this cute little building, and on closer inspection, realised it was a working Post Office.

I found the following information posted on 'Roadside America dot com (after Chriss35 directed me there)and have copied it for you to read, so thanks to them for the info.

The Ochopee post office is considered to be the smallest post office in the United States. The building was formerly an irrigation pipe shed that belonged to the J.T. Guant Company tomato farm. However, in 1953 it was rather quickly turned into the Ochopee's general store and post office by postmaster Sidney Brown after the original Ochopee post office burned down in the middle of the night. The present building has been in use ever since as both a post office and ticket station for Trailways bus line. It still services the residents in it's surrounding three county area as well as making regular deliveries to the Seminole and Miccosukee Native Americans who reside in the area. [Raina Alysse Stern, 07/20/2003]

Jas - Dec 09, 2008 02:01 PM EDT
Many thanks to you all for looking and taking the time to leave comments here, I really appreciate it. Yes, Alan, this is a 'low maintenance' property - LOL If they have to queue Lorraine, you just gotta hope it isn't raining! LOL Glad you like it Anne. :) Chriss, I will look forward to seeing your shot sometime soon? :)