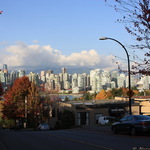 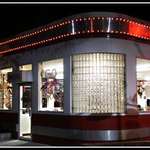 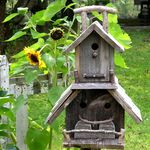 400 Esplanade Avenue- This was once the site of a Spanish Fort known as Fort St. Charles. It was the site of a U.S. Mint, the oldest surviving mint building in America. The cannons of Fort St. Charles saluted Andrew Jackson as he entered the city of New Orleans at 10am on December 1, 1814. The cannon fired three times when the British were spotted down the Mississippi River outside of New Orleans. Andrew Jackson chose the site of this fort to begin his troops’ march out to the Battle of New Orleans. The Battle of New Orleans occurred about nine miles outside of New Orleans. In 1835, Jackson, as president of the United States, promoted the completion of the building of the U.S. Mint.
This U.S. Mint (commissioned in1835, built 1838) was the only mint known to coin both U.S. and Confederate money. In 1861, US Mint had all denominations of dies at end of war all dies were still there but were ordered destroyed. June 1873, $25,000 was supposed to be burned. Residue of only 1,185 was found. Mr. Dowling was jailed for embezzlement. The building was used to store gold and silver deposits. It produced 5 million dollars in coin a month. During World War II, the Coast Guard used the mint building. It has also been used as a federal prison. The building now houses a museum with a great Mardi Gras and Jazz display. As part of the Jazz display is Louis Armstrong’s first trumpet. Louis Armstrong was an internationally known jazz player. He was a jazz great and played with many of the Jazz greats including, in his early days, Kid Ory of LaPlace, Louisiana. The Streetcar named Desire is on display at the back of the U.S. Mint.

Guest - Apr 06, 2005 08:20 PM EDT
Thanks for the comments from both of you. I wish I had known you when you lived in Baton Rouge. I could have showed you historic places all over south Louisiana. I could have also showed you some great party places.

Guest - Mar 24, 2005 07:38 PM EDT
Thanks for submitting this photo, Dud. This is a great piece of history. I wish I had known about this when I lived in Baton Rouge. This is the first time I've ever heard about this.

Guest - Mar 24, 2005 07:04 PM EDT
Nice shot Dud,and a great summary of the history of the building,its very interesting and informative.

Guest - Jan 21, 2005 03:13 AM EDT
Thanks for the comments. I have always liked Louis too. My hometown is LaPlace where Kid Ory was from and is in the shadow of New Orleans.

Guest - Jan 21, 2005 01:57 AM EDT
These pictures are all great and the history with them, I always liked Louie Armstrong, I will get back tomorrow with more comments. Carol