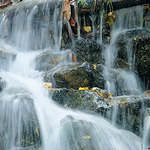 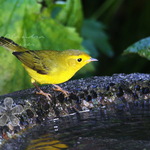 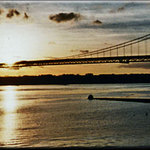 The Amur tiger has had a difficult time over the past hundred years with a low of less than 50 individuals in the middle of the twentieth century.

It gained protection and numbers increased until the present day when numbers may be up to 400 adult individuals.

Current Threats-Now the Tiger in Russia faces a number of threats — some old and some new:

*Illegal poaching — hunting tigers in Russia was banned in 1947 but with the dissolution of the Soviet Union illegal hunting has been fuelled by demand from across the borders in China and Korea.

*Hunting of Prey — the tiger prey is also hunted by impoverished local people so there is direct competition with man.

*Traditional Chinese Medicine believes that tiger parts will cure sickness but there is no proof for this what so ever. This creates demand for tiger parts.

*Loss of habitat to FIRE and LOGGING (both legal and illegal).

Guest - Jul 04, 2007 05:37 PM EDT
You got a beautiful capture of the tiger with sharp focus and great colors. I like the information you provided about these wonderful animals. Thanks for sharing.

Guest - Jul 04, 2007 05:23 PM EDT
Lovely capture, of a great animal, I like the white around and above his eyes, I do not understand what makes people want to kill these great animals, its a shame but good to know that the numbers are coming back.